He initially studied psychology in Oxford and then went on to study medicine.  He remains interested in all areas of General practice, and provides joint injections for shoulders, knees and elbows. He is generally available Monday, Wednesday and Friday.

Dr Jones joined Woodlands Medical Centre in 2013. He has an interest in all aspects of general practice but has specialised as a GP with an extended role in Skin cancer and skin surgery. He runs a community clinic at Woodlands for patients in South Oxfordshire providing diagnostic and surgical treatments for skin lesions as well as working at the Churchill Dermatology Department on Fridays. Dr Jones is a GP trainer and a clinical supervisor for Foundation year 2 doctors. Dr Jones provides a range of joint injection procedures. He is available Monday, Wednesday, Thursday and Friday.

Having started her medical career in Paediatrics, Helen has been a GP since 2008 and joined Woodlands in 2013. Helen has a strong belief in the importance of generalists and is passionate about personal development. This fits with her additional role as a GP Trainer. She works at Woodlands on Mondays, Wednesdays and Thursdays.

Outside of the practice she is a Senior Appraiser for NHS England.

Dr Wilson did 7 years of surgical specialities followed by a year of paediatrics and a year of accident and emergency medicine before becoming a GP. She worked in Northampton for 7 years before coming to Woodlands after relocating to the Oxford area.  She is a generalist but has an interest in minor surgery, joint injections and bowel problems.  She is generally available Tuesday, Thursday and Friday.

Dr Pomery studied Medicine as a mature student in Oxford following a science degree in Cambridge. She obtained wide-ranging hospital experience in London and Oxford in paediatrics, psychiatry, women's health and all aspects of internal medicine before specialising as a GP. Since joining the partnership at Woodlands she has retained this scope as a true generalist. She is passionate about holistic care and the interface between physical, mental and social wellbeing. She is generally available Monday, Tuesday and Thursday.

Dr Ward qualified in Edinburgh and worked in Scotland for 2 years before moving to Melbourne, Australia for 18 months where she pursued her interest in cancer surgery at Peter MacCallum Cancer centre. In 2009 she moved to Oxfordshire and in 2010 started to work in General Practice.  She has a special interest in Breast Disease and is the Practice lead for social prescribing. She performs joint injections and minor surgery at Woodlands. She is a Medical student tutor for the University of Oxford and supervises 4th,5th and 6th Year students and Foundation Doctors at the practice.   She is generally available on Monday, Tuesday, Wednesday and Thursday.

Originally from Singapore Dr Heng trained in the UK and first worked as a junior doctor in Brighton, South and West London. She moved to Reading in 2010 to complete her GP training and is now settled with her family in South Oxfordshire.  She is generally available Monday, Thursday and Friday.

Dr Soukup has previously spent time training in general and paediatric surgery. He has spent time in clinical research and training based at the University of Oxford. Dr Soukup joined Woodlands in 2019. He has wide interest in all aspects of general practice, in particular he is interested in musculoskeletal problems, including joint injections, children’s health and chronic illnesses.

He is generally available Monday, Tuesday and Wednesday

Dr Pincombe joined Woodlands Medical Centre in August 2020. He worked as a junior doctor in Nottingham before moving to Oxford to complete his GP training, after spending 12 months pursuing an interest in musculoskeletal medicine. He is generally available Monday, Tuesday, Thursday and Friday.

Moved to the area to complete GP training at the Royal Berkshire Hospital, Reading.  Having locumed at a number of practices in South Oxfordshire Jane joined the practice in December 2014 as a Salaried GP.  She is generally available Wednesday and Thursday.

Dr Leach joined Woodlands surgery as a salaried GP in August 2018. He completed his GP training in Oxford and has now settled in the Didcot area. Dr Leach has a personal interest in microbiology having previously worked as a biomedical scientist in microbiology for several years, prior to his medical degree. In his spare time he enjoys cooking, playing ice/inline hockey, mountain biking and playing electric guitar. He is generally available Tuesday, Wednesday and Friday.

Dr Sally Turcato studied Medicine as a mature student at Warwick Medical School following 15 years of academic research which allowed her to work in both Canada and America for many years. In her spare time she enjoys cooking, walking, reading bad science fiction/fantasy and looking after her two small children. She is generally available on Wednesday's, Thursdays and Fridays.

Dr Dewhurst joined Woodlands as a salaried GP in 2022 having moved from Hampshire where she previously worked and lived. She is undertaking a fellowship and is developing her interest in medical education. In her spare time, she enjoys spending time with her husband and daughter and walking her dog in the countryside. She is generally available on Mondays, Tuesdays and Thursdays.

Woodlands is a GP training practice and we have a number of students who will be working in the practice at various times.  Our trainees are always supervised by an experienced GP who is available to review patients during appointments with the trainee if necessary.

We value the opportunity of helping to develop the doctors of the future.  We also teach Oxford University medical students and they may occasionally sit in during consultations – we always ask your permission before allowing them to see you, so if you would rather see the doctor alone, please feel free to decline. Additionally, doctors occasionally video their consultations for teaching and examination purposes.  You will always be asked for consent before this and we completely understand if you would rather not take part in this.

BACK TO MAIN INDEX

The NHS want you to have the best possible experience of care. Please give your feedback. 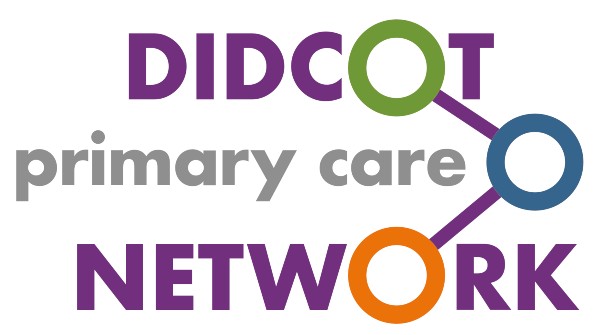